Michael is feeling like his old self again. That’s no small accomplishment for someone who nearly died two months ago after his 11th heroin overdose.

Cali PARC is a one-of-a-kind facility. Set in a former 4-star resort hotel, it utilizes a treatment program that goes beyond the traditional by bringing the client’s mental health to a point where he can break the habits that lead to ruin.

Michael is one of the facility’s early success stories. He entered the facility on March 27, 2017, becoming its first client. The unassuming and well-mannered 26-year-old told his story in a recent interview. He spoke with unwavering confidence in his future and unflinching honesty about where he had been. 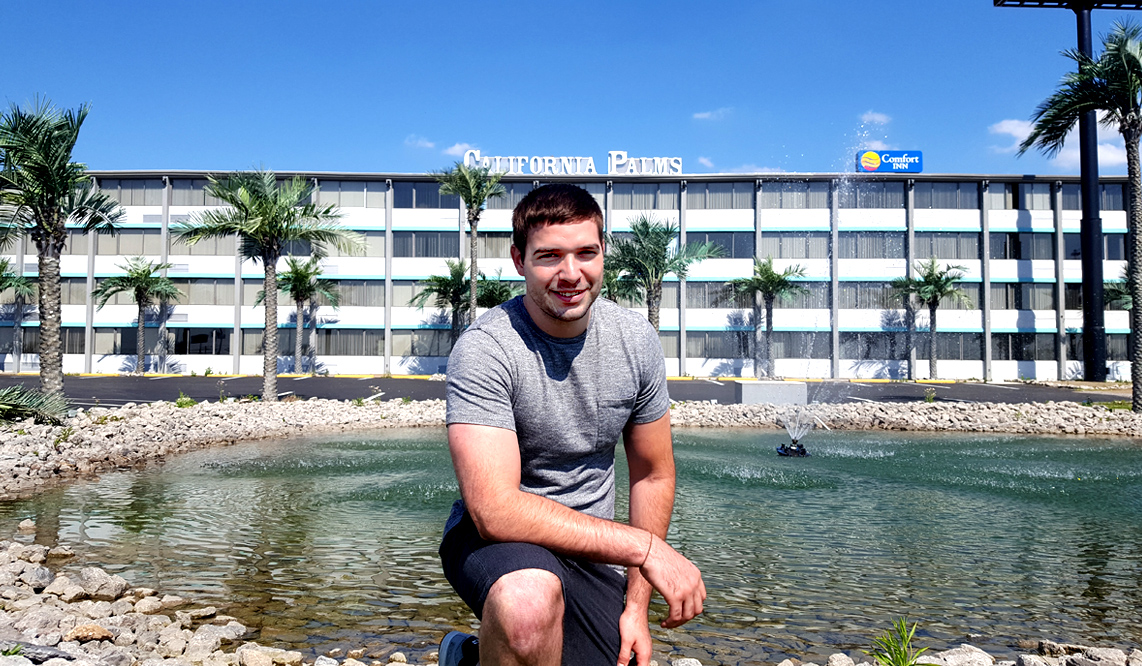 The captain of his football team in high school, where he also was on the baseball team, Michael enjoyed hunting, fishing and strength training. He dabbled in drugs as a youth, using marijuana regularly. After high school, he joined the Marines and became a helicopter mechanic, first at his base in North Carolina and then in Afghanistan. He was living free of drugs while in the service, until he injured his back while doing maintenance on an Osprey helicopter.

The debilitating injury -- he had bulging discs in his spine -- became the beginning of his nightmare when he was prescribed opioid-based painkillers while in the service. His doctor cut off the painkiller prescription the day his stint with the Marines ended. “I was addicted at that time but didn’t know it,” said Michael. “I began going through withdrawal the next day.” He was only 21 years old.

Back in his hometown, he called an old acquaintance whom he knew did drugs. “I told him I felt like [expletive] and he said that I need more opiates,” said Michael. “So we went and bought heroin. He knew people.”

Michael’s heroin use continued for 18 months as he hung around his hometown. Then he accepted an out of town job working on helicopters. The addiction went with him to his new job, in a new town. “I was dopesick when I got there, trying to quit, but within three days I couldn’t handle the withdrawal,” he said. “I was in a new city but I found heroin just by driving around.”

At first, Michael snorted the drug but he soon moved on to injecting it. He showed a scar on his muscular arm caused by needles, and recalled the toll the drug had taken on his body. “I was 190 pounds of solid muscle when I was in the service,” he said. “But at my worst I was down to 155 pounds.” 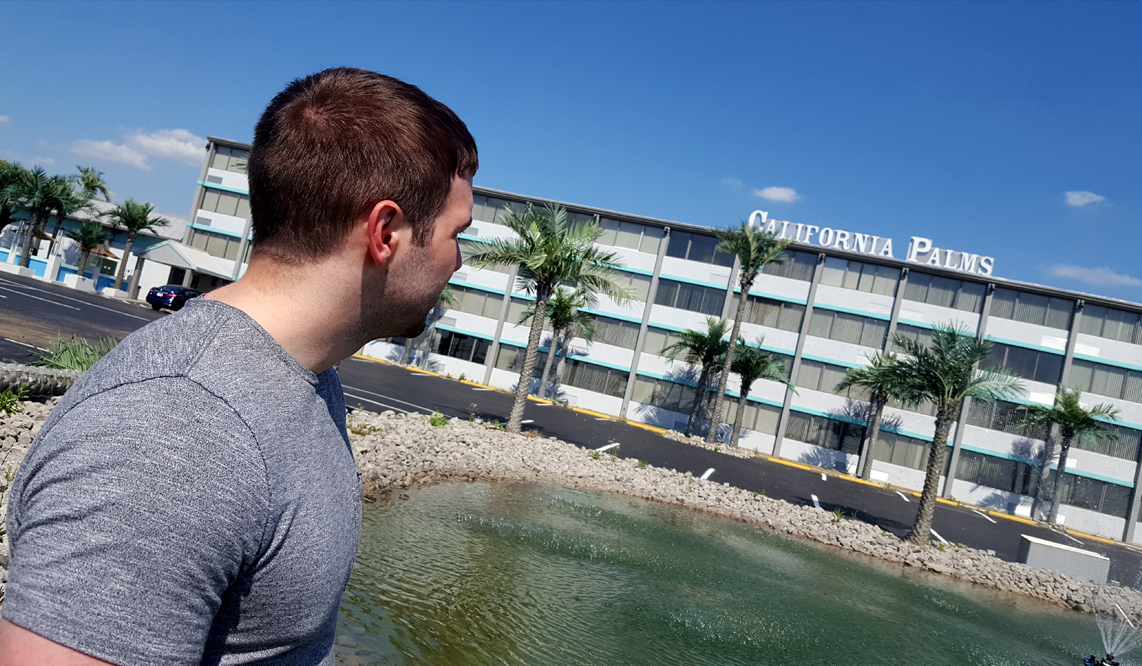 After five months, Michael was let go from his job and returned home to live with his father. His mother lives in a care home because she has been paralyzed from the neck down from a car accident that occurred when Michael was 10. He also returned to his old drug pals, and his old ways.

Michael’s first stint in drug rehab came in 2015 when he entered a 21-day program at his local VA. “It was just class after class after class, from 9 in the morning until 4:30,” he recalled, describing the treatment there. “It didn’t help. They just pound it into your head. I got sick of it and started getting high again.” His relapse happened just 20 minutes after he finished the 21-day program. 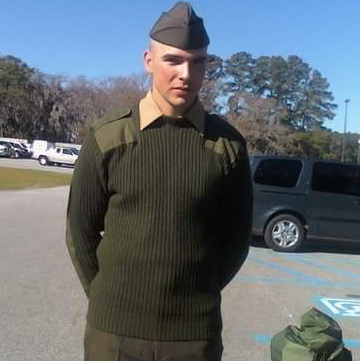 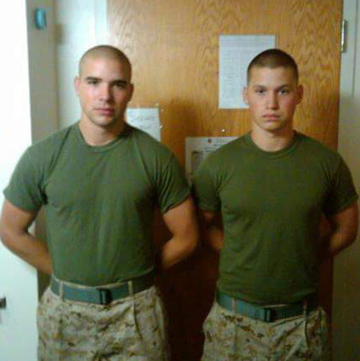 Michael returned to his father’s house and continued to use heroin for the next five months, until November 2015. That’s when his father took him back to the VA, and Michael was put on methadone. He was able to land another helicopter mechanic job, this time near his hometown. In November of 2016, he was weaned off methadone, and immediately relapsed again. Michael used heroin up until March of 2017, when he returned to the VA and was put back into the 21-day rehab program. On the second day in, Michael left the facility, found a heroin dealer right around the corner, and got high.

He also suffered his 10th overdose. But this time, it was much worse: Michael had injected Fentanyl, the stronger, and deadlier, synthetic heroin that had begun showing up on the streets. “I was hospitalized for the first time,” he recalled. “The other times I overdosed, I woke up by myself. People told me I looked dead and purple, but I came back to life.” This time, Michael was sent to a four-day detox ward at the VA. When he got out, he immediately got high again. 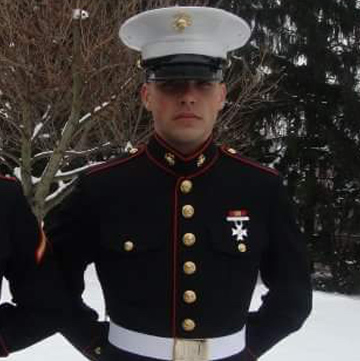 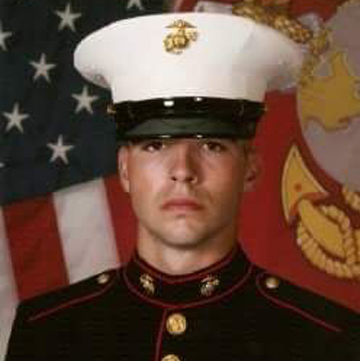 On March 16, while back at the VA, he overdosed on Fentanyl in a bathroom of the VA facility. “When I woke up it was different,” he said. “My vision was like neon white and black. I couldn’t see. It hit me then that I was going to die if I didn’t get taken care of.” Michael had previously applied for Veterans Choice Program, a program that pays for rehab at non-VA facilities, and had been approved. The very next day -- March 17 -- he vowed to stay clean, and returned to his father’s house. On March 27, which was his 26th birthday, Michael checked in to Cali PARC,under the Veterans Choice program. Just five weeks later, the change in him is remarkable. Michael had regained his weight and his strength, and was enjoying life again. He attributes it to his treatment at Cali PARC. 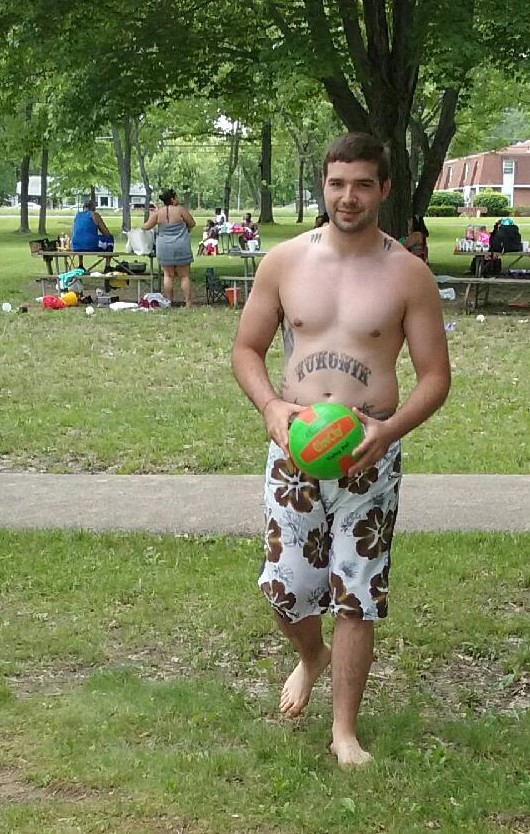 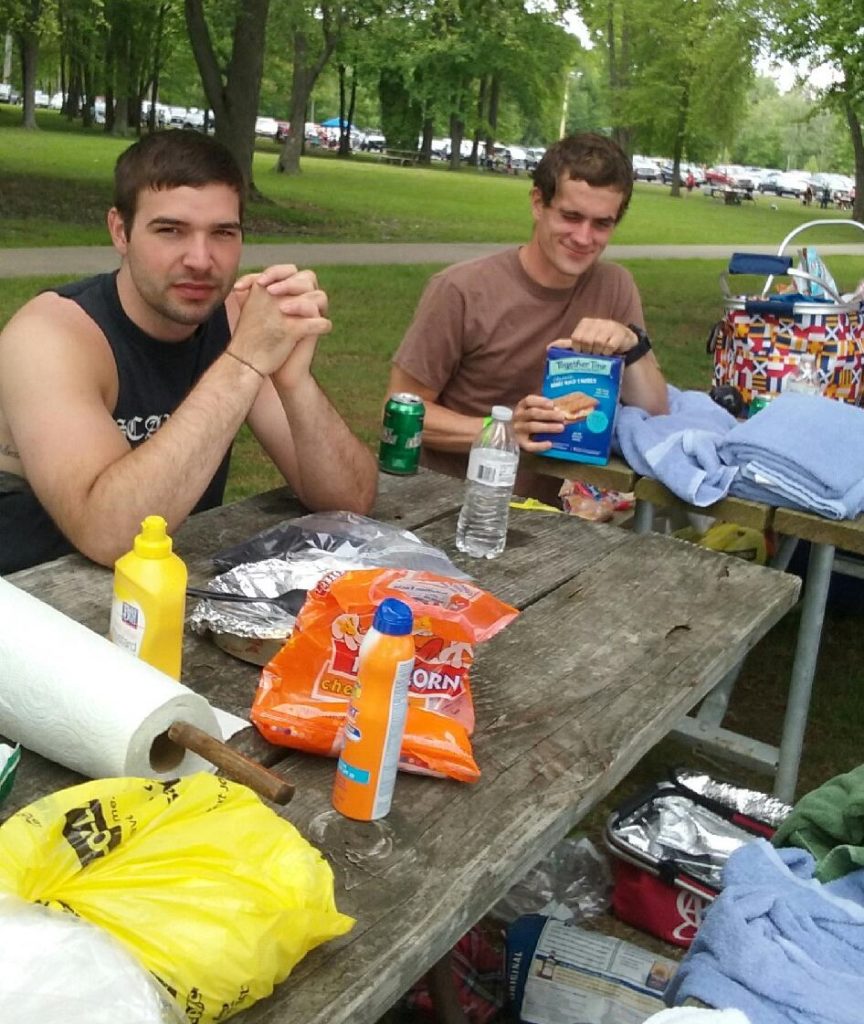 “This place is not just class after class,” he said. “You are always doing something. Maybe you will have two classes, then yoga. You get relief and it helps you concentrate. Then maybe a class in Tae Kwon Do. Physical activity is part of the mix.”

Other Cali PARC programs include magic lessons, horticulture, and live music performances; Michael said seeing an amazed smile on the face of an audience member gives him a good feeling. Weight training, fishing trips and music therapy are also part of his daily routine. A theme of positive thinking underscores every activity. 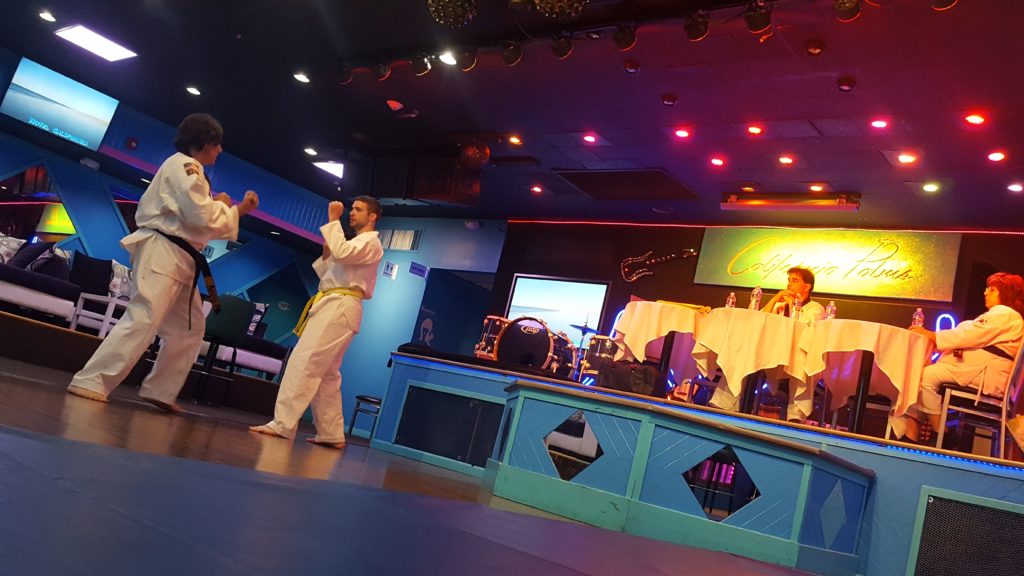 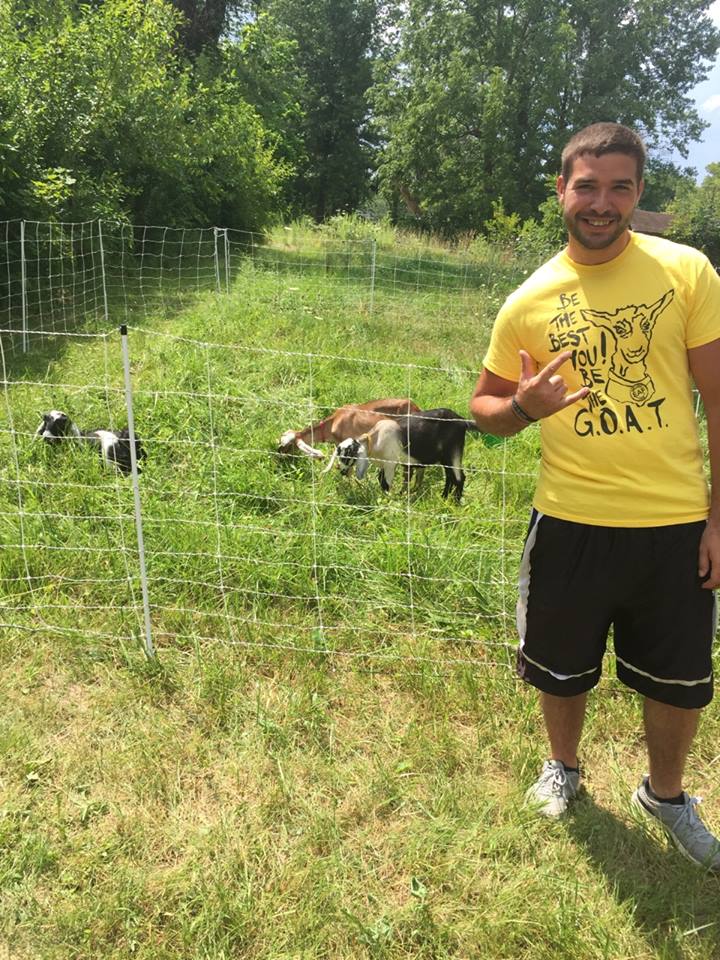 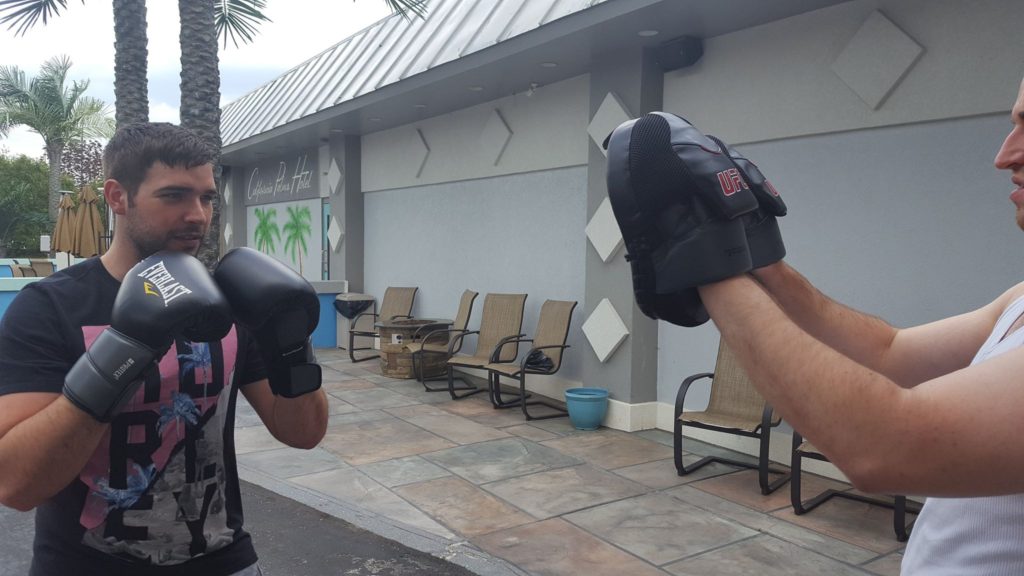 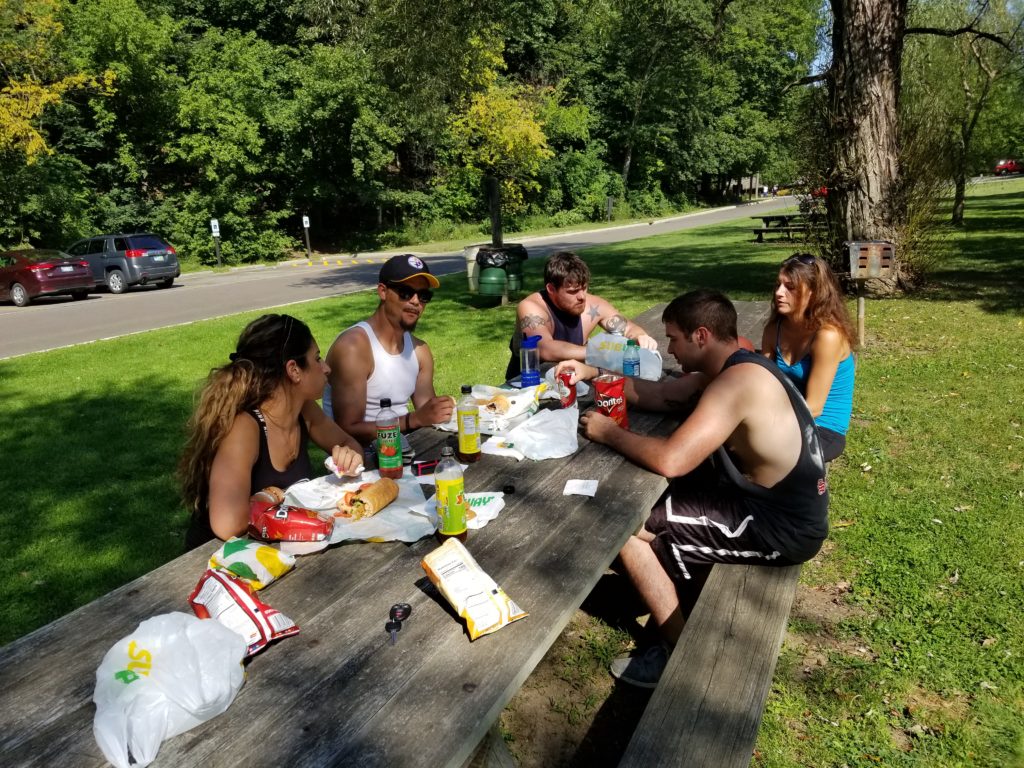 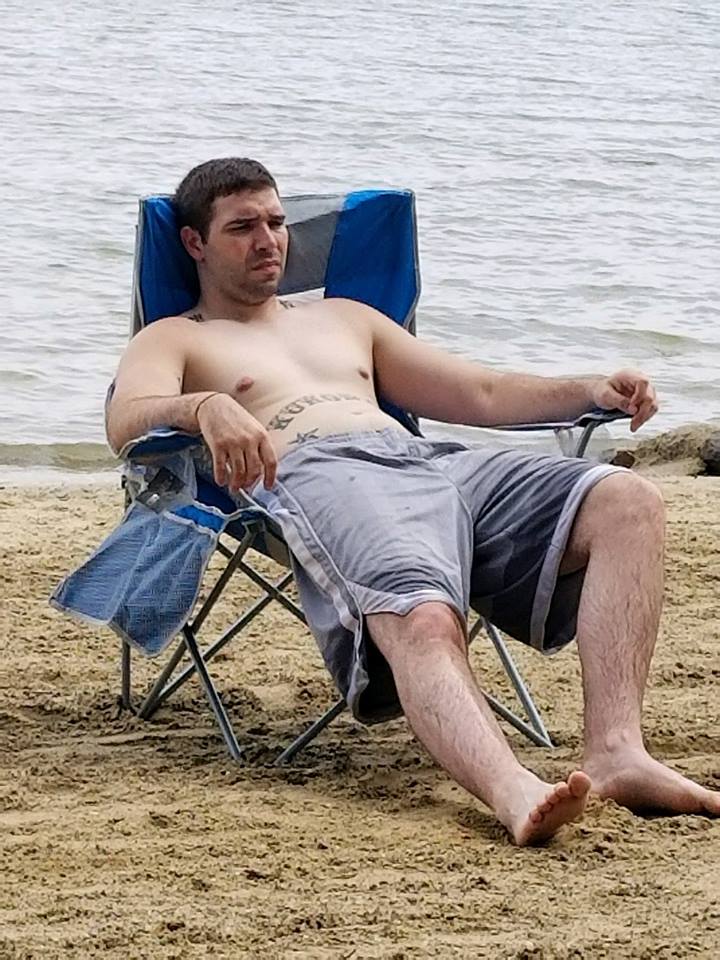 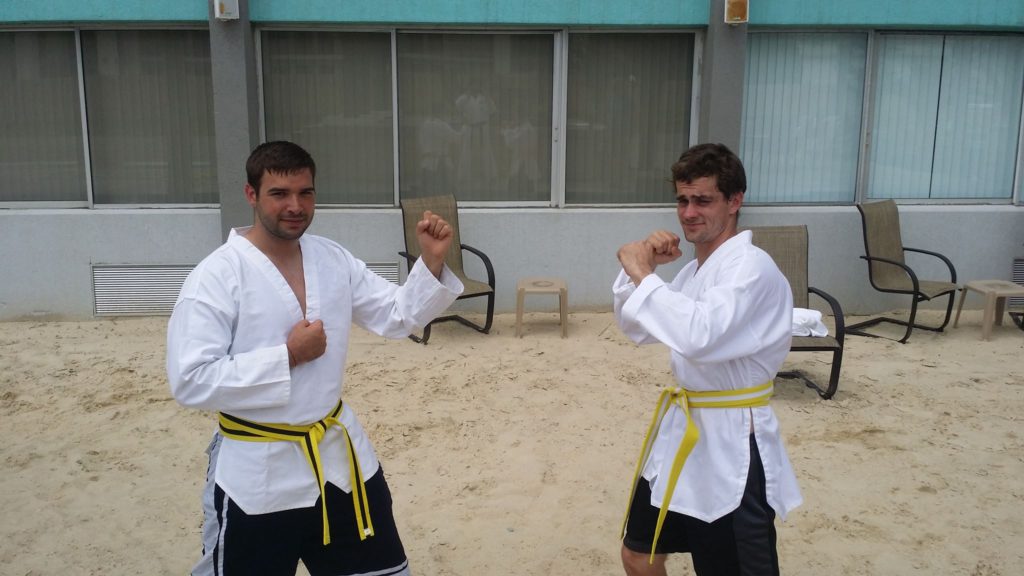 As for the pain that got him hooked on opiates in the first place -- that is also under control, and without drugs. Michael said that while the pain has diminished greatly over the years, he gives some of the credit to getting back in peak physical shape, and becoming mentally centered.

The Cali PARC program is helping Michael get ready to return to real life. “It has helped me get back to my old life, the way I was when I was younger,” he said. “It is bringing my confidence back, the motivation, my positive attributes I had in high school and the Marines.”

The goal that Cali PARC sets is always present in the patient’s mind. “They ask ‘when do you think you were at the strongest point in your life?’ and then they help you get back to that state,” said Michael. “For me, that means sports, hunting and fishing, and I could feel myself getting back to that in the first week. It feels awesome.”